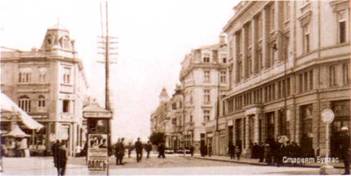 The favorable conditions for living in the territory of today's Bourgas are the reason here to inhabit people from the most ancient times. At least six settlements from the Neolithic and Chalcolithic era (VI-V th century BC), located in various places in the urban territory of Burgas - at the Fish Port, in Izgrev, Vetren, the settlement mound "Bourgas" ". At the fish port, bronze vessels (IV-II thousand BC) were found during dredging.

From the 1st millennium BC. Several archaeological sites are also known. Ceramics from the Early Iron Age (XI-VI c. BC) was found in Vetren, on the territory of the mineral springs. A large settlement with a harbor from V-III c. Has existed in the Sladkite Kladentsi area, in the present quarter of Pobeda, in the area of ​​"Yana Lasskova" factory. Ceramics from the same period are also found in certain places in Izgrev. The inscriptions of the Thracian commander Apolonius, son of Eptakent, were found at the mineral springs in Vetren quarter - the future Akve Khalid, and in Izgrev.

There is certain information about the existence of at least one Thracian sanctuary in the territory of present-day Burgas. It is located on Shiloto peak, in Meden rudnik quarter, and it was functioning from the 4th century BC. To III c.

Several archaeological sites are known from the Roman era. First of all, this is the IV century necropolis, found in the area of ​​today's District Government building. Roman ceramics and votive tablets are found at the sanctuary of Shiloto Peak. During the Roman epoch, the large thermal baths of Akve Kalléde, several luxury Roman villas on the territory of the village of Foros, under the current district of Burgas Kraimorie, as well as a large villa from III-IV century north of Sarafovo.

During the late antiquity (VI-VII c.), The fortress wall of Akve calide and the fortification wall of the Foros peninsula were built. Then was built the tower in Poda.

Today it is assumed that for the first time Bourgas is mentioned in the historical sources in the 13th century. Then the Byzantine poet Manuel Phil wrote about Pirgos, which according to the medievalists is today Bourgas. Pyrgos is a Greek word and literally means a "tower".

During the Middle Ages, Akve Khalid continued to exist, with its new name Terma. Medieval settlements from the XII-XIV century were also in the area of ​​Lake Vaya, the Foros and the tower in the Poda area. There is evidence of the existence of a medieval settlement just opposite the Medar villa on the northern shore of the Mandra Dam. In 2012, a medieval church from XII-XIII century with a holy spring was explored to the north of Sarafovo.

The earliest dated map of Pirgos (Bourgas) dates from 1697 to the Dutchman Nicholas Watsen. In the 18th century Bourgas is already known and lively port, which impresses travelers and cartographers. The bay is visited by almost all types of vessels typical of that time, the city has over 1,000 houses and is associated with lively overseas trade. Since 1854, Pyrgos is the center of the reported region with 68 adjoining villages, and from the "esque" port, it becomes a "casabah". small town.

In 1869 the first Bulgarian temple, bearing the name of the holy brothers Cyril and Methodius, was consecrated and a Bulgarian school with first teacher Boyan Keremidchiev was established. On April 20, 1869, the first Bulgarian office in the church was served by Pope Georgi and Metropolitan Seraphim.

On February 6, 1878, almost the entire population of Bourgas met the special "flying" Russian squad, commanded by Col. AM Lermontov, proclaiming the liberation of the city from Ottoman domination. The next day, February 7, 1878, the first Bulgarian municipality was organized in Burgas. Niko Popov, Mayor's Assistant Panayot Rusaliev, was appointed mayor. The beginning of the upward development of Bourgas.

In 1891 a regulation plan was drawn up and adopted, marking the outlines of the streets and neighborhoods. It is of utmost importance to discover the railway. The Yambol-Burgas line (1890) and the construction of a modern Burgas port (1903).

At the beginning of the 20th century the city underwent a rapid industrialization. At the same time, citizenship finds ground in social and cultural ideas and achievements. Massive educational activity began in 1888 with the establishment of the Burgas Municipal Library. The Chitalishte "Probuda", founded in 1908, has a reading room, organizes performances and literary dinners. In 1912, History and Public Teachers established the Debelt Archaeological Society, which in 1946 grew professionally to Urban and later County Museums. Since 1920, regular classes have been held in 5 primary and several high schools - Girls' School, Trade and Men's High School, the German and State Technical Schools, the French Pension, and others. The city and the sea inspire artists, actors, poets and writers. Bourgas in the twentieth century forms a cosmopolitan center with many successful enterprises, an airport and a large refinery.

In the first years of the 21st century it is one of the most dynamically developing cities in Bulgaria.

For an album about the Old Burgas

In addition to its artistic and bohemian spirit, Burgas has always impressed people with its modern way of thinking and willingness to prosper and catch the pulse of the new day. This album is not a nostalgic memory but an emotional story of our city.

We hope that every photo will give you the opportunity to touch the magic called Burgas. 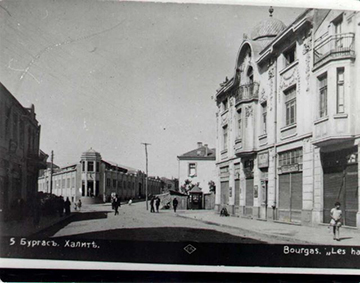 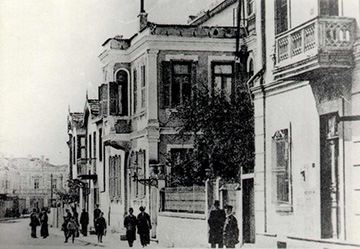 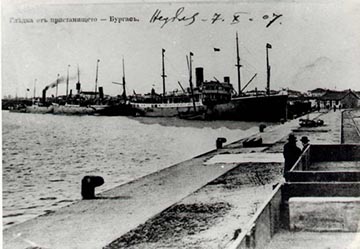 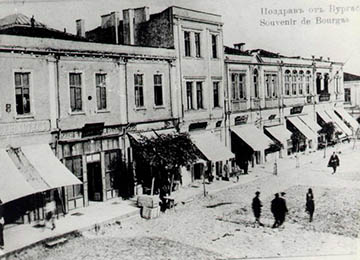 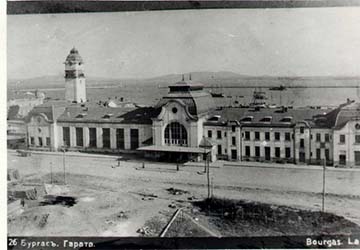 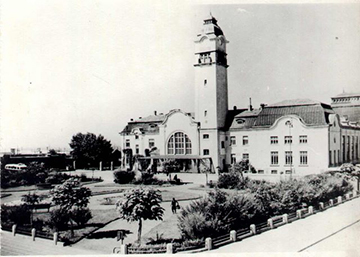 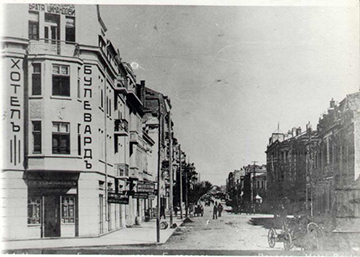 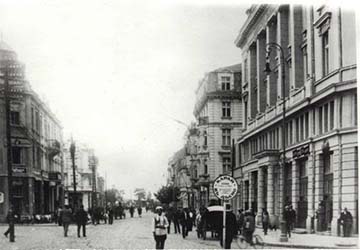 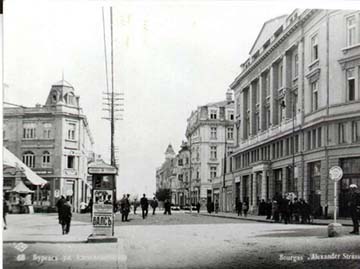 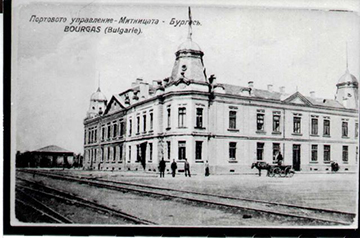 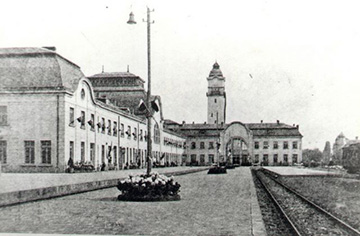 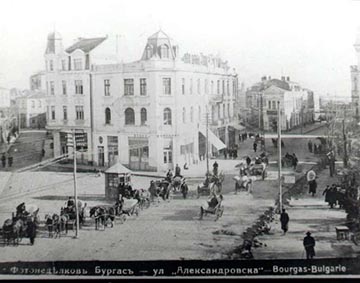 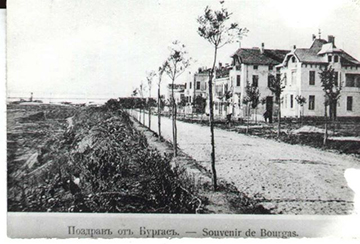 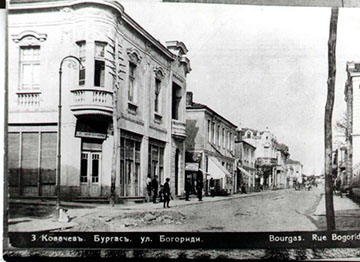 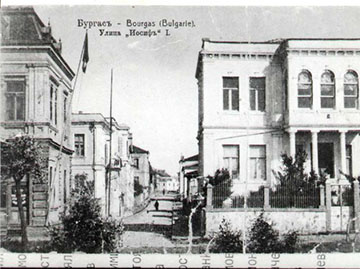 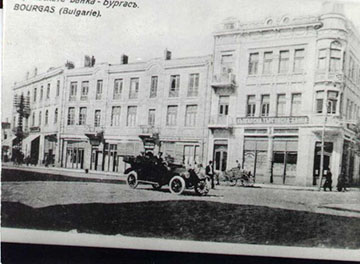 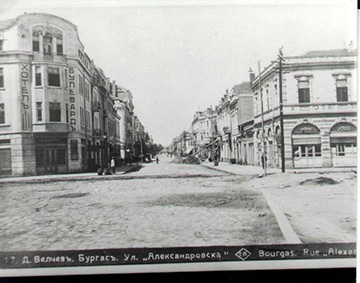 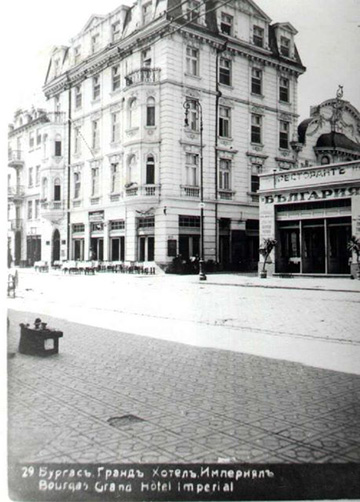 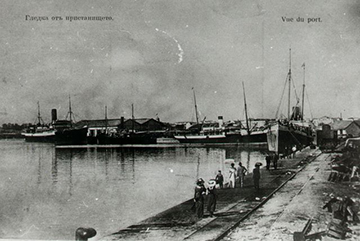