Font size: A A A back
Tuesday, 6 April 2021
Posted by: Анелия Казакова 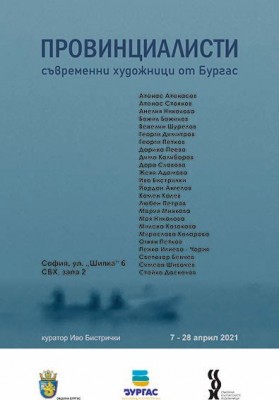 24 artists from Burgas present the contemporary art of their home city in the capital. The exhibition is called "Provintsialisti" and will be organized in the Union of Bulgarian Artists on the "Shipka" street number 6 from the 7th to 28th of April. The idea of the exhibition and the name comes from the documentary film of the "Ekran" studio - "Provintsialisti" directed by Elena Vladova in 1974.