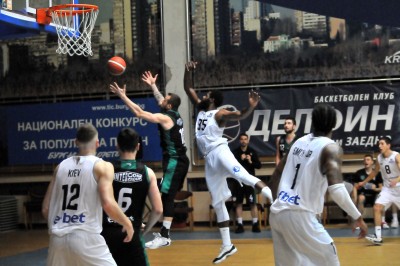 The men's basketball team of Chernomorets, which is having a strong season, will face the champion "Balkan" in the 1/4 final match of the Bulgarian Cup tournament. This was determined with a draw. The other pairs are: "Levski Lukoil" - "Spartak" Pleven, "Rilski Sportist" - "Academic" Plovdiv, "Beroe" - "Yambol". The matches are from March 11 to 15, and the host team of the final tournament will be announced in the coming days. The quarterfinal matches are on March 11 and 12, the semifinals on March 13. The final, which will determine the winner of the Bulgarian Cup, is on March 15. On Saturday, Chernomorets will play again against Balkan. The match of the next round in the national league is in Botevgrad.