Burgas celebrated the Third of March

Font size: A A A back
Wednesday, 3 March 2021
Posted by: Мариета Ханджиева 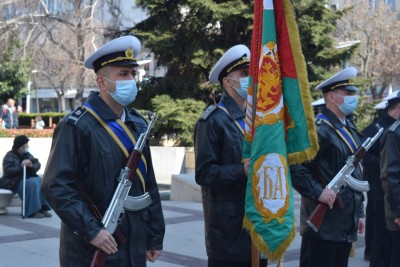 The celebrations, organized by the Municipality of Burgas, began with a funeral prayer for those who died for the Liberation of Bulgaria in the cathedral church "St. St. Cyril and Methodius ”. The service was presented by representatives of the Burgas Orthodox clergy. Traditionally, the flags of Bulgaria, the European Union, and the Municipality of Burgas were raised on Atanas Sirekov Square with military honors. Throughout the day, patriotic citizens of Burgas flocked to the monuments to those who died for the freedom to pay their respects and lay flowers.