Burgas with two teams in the final of U17 water polo 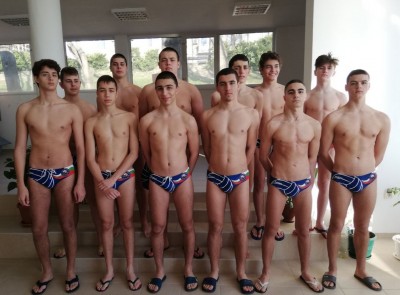 Two Burgas teams qualified for the final six in the U17 juniors in water polo. These are Chernomorets and Neptune. At the qualification in Varna, our water polo players took first and second place in Group B, respectively, which placed them directly in the final.

The sole leader in the group was the team of "Chernomorets", which with a total of four victories topped the standings with 12 points. It is a curious fact that in three of the matches the alumni of coach Petar Yonov conceded seven goals each. All competitors from the team took part in the matches, as the total goal difference from the qualification is 66:26.