Burgas sport gymnastics in the prized three in team category

Font size: A A A back
Friday, 2 April 2021
Posted by: Димитър Шишманов 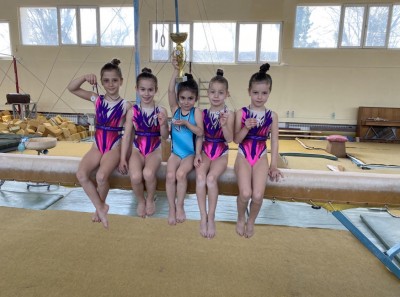 The gymnasts from GC "Chernomorets" - Burgas ranked third in the team ranking of the State individual - team championship in gymnastics for DYUV - I stage Zone "North". The Burgas club participated in it with a children's team. The competition was held in Varna - Prostor Sports Hall, and is the first mandatory stage of the State Championship. The second stage will take place in July in Sofia.