Font size: A A A back
Tuesday, 9 March 2021
Posted by: Мариета Ханджиева 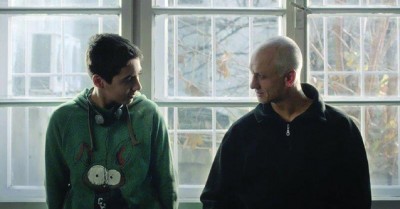 The director of the film "Life" Georgi Stoyanov, the actors Ivan Brynev, Nadia Kiranova and the producers Polly Angelova and Nikolai Todorov will be special guests of the "Sofia Film Festival on the shore“. Their film will be presented at the festival on March 24 from 18.00. “Life” tells the story of the 13-year-old Ivo, who after the death of his mother develops hypersensitivity in addition to his rich imagination and his difficult character.