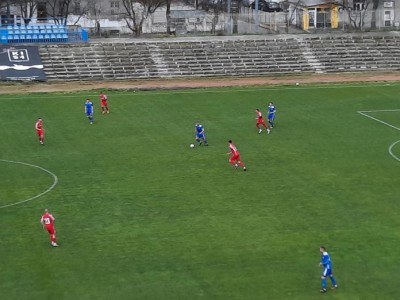 The team of "Chernomorets 1919" erupted with a resounding victory of 6: 1 against the visiting team of "Rose Valley" - Kazanlak.

The match was from the championship in the Third Football League - Southeast.

Even before the break, the Burgas team killed the intrigue, scoring 4 goals within 45 minutes.

They were realized by Valentin Ivanov, Milen Tanev and twice by Marian Tonev.

In the second half, the "sharks", who entered as reserves, Onur Cholak, in the 60th minute and Miroslav Radev in the 75th scored for the fifth and sixth time for "Chernomorets 1919". Between the two goals, the guests from Kazanlak scored an honorable goal from a penalty.