The people of "Lazur" decided: The children's playground near block 88 won't be disassembled! 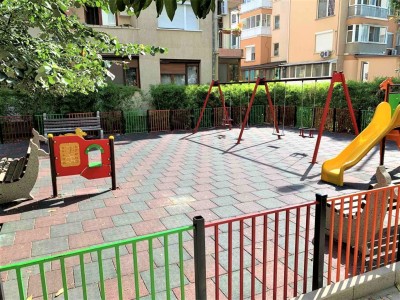 In the summer the citizens of Burgas with addresses in bl. 88 and at 24 Yuri Venelin Street in the Lazur complex, had stated again their categorical reluctance to have a children's corner under their windows. A petition was initiated, in response to the odd request, where residents voted against the removal.

"NEFTOCHIMIC 2010" STARTED WITH A VICTORY IN THE EURO TOURNAMENTS, BEAT THE GENEVA "SHENOA" ON ITS FIELD

BURGAS COMMUNITY CENTRES WITH A SERIES OF INITIATIVES DEDICATED TO NIKULDEN