Font size: A A A back
Sunday, 7 February 2021
Posted by: Мариета Ханджиева 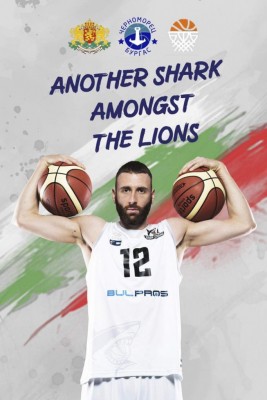 Konstantin Koev gets called up for the basketball national team. The selectioner Rosen Barchovski will depend on him for the last rounds of the European qualifications against Latvia on the 20th of February and against Bosnia and Herzegovina on the 22nd in Riga. After Evgeni Hadzhirusev, Koev is the second basketball player of Basketball Club “Chernomorets” who becomes a part of the national team.