Minister Dimitrov: Burgas and the Southern Black sea coast are not in danger of a water crisis

Font size: A A A back
Monday, 1 February 2021
Posted by: Мариета Ханджиева 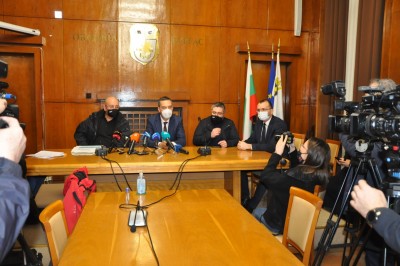 “Minister Dimitrov: Burgas and the Southern Black sea coast are not in danger of a water crisis”- this is what the minister of environment Emil Dimitrov declared in front of journalists today. There was a called-for concern in December because of the small volume of dam “Kamchiya”, reminded minister Dimitrov. He specified that the two dams “Aheloy” and “Poroy” are used for agriculture but are in poor condition and need serious repairs. That will be done with long-lasting quality materials so they can be used for years to come, also as a backup water source. As of right now, dam “Kamchiya” has enough water for at least the next year and a half, was made clear in the briefing.