“Neftohimik 2010” came out in second place in the volleyball Superleague after a score of 3:2 over “Montana”

Font size: A A A back
Thursday, 11 February 2021
Posted by: Мариета Ханджиева 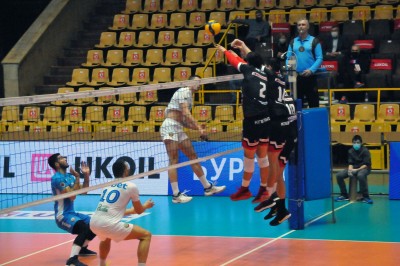 The team of “Neftohimik 2010” records a valuable victory with 3:2 games against “Montana” in a delayed match of the fourth round in the national volleyball Superleague and with an asset of 15 points came out in second place in the temporary ranking. In front of empty tribunes in “Mladost” hall, the boys of the coach Nikolay Zhelyazkov had to work hard to achieve this success. In the next round “Neftohimik 2010” is going to be hosting again. On the 16th of February, Tuesday at 18:30 o’clock in “Mladost” hall the derby against CSKA is going to take place.