Font size: A A A back
Friday, 5 March 2021
Posted by: Мариета Ханджиева 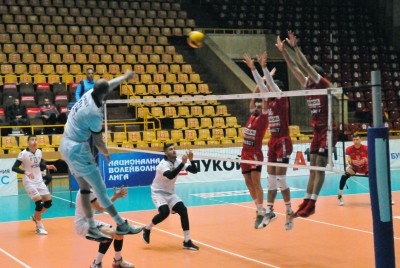 Zhani Zhelyazkov was the top scorer with 18 points, with 76 percent efficiency in attack. The diagonal was deservedly chosen for MVP in the match.