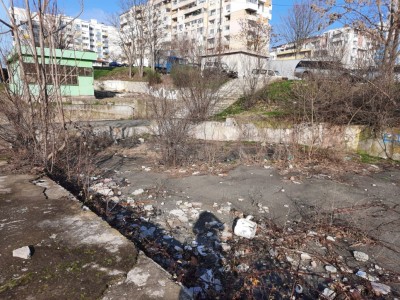 Close to block 116 in “Meden rudnik” lies an area which was set aside for construction of a supermarket ever since 1989, a construction which never occurred and left a nice space between the blocks of flats unusable to this day. The citizens of the region were active in handing in one of the first projects for “Meden rudnik” in the new municipal program “My city, my neighborhood, my street” which is awaiting the passing of its new budget while the area is being cleaned of bushes and the geology is being researched. It can already be said that it is reasonable to have a recreation area, new parking lots and landscaping. Basically, this is the desire of the citizens of Burgas living near the terrain.