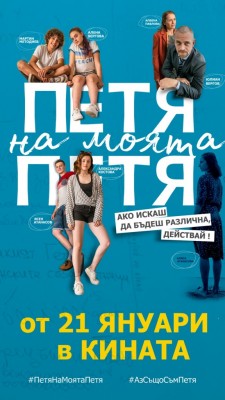 The film "Petya na moya Petya" officially enters the Bulgarian cinemas on January 21. A week before that, he will have his gala premiere in Burgas. The reason is sentimental. The film is very Burgas and because of its plot, and because of the actors in it, and because of the hundreds of extras from our city who participated in the filming.

So welcome to the gala premiere on Sunday, January 16, at 5 pm, at the NHK Cultural Center. If the tickets for this screening run out, a second one will be announced in due time, which will take place later that day. Many members of the film crew will be guests of the exciting evening.