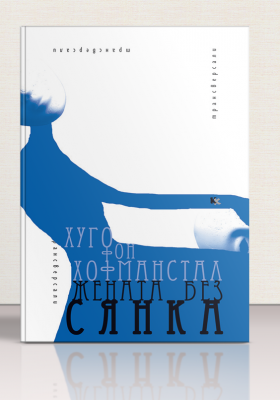 Slavi Tomov presents "The Woman Without a Shadow" by Hugo von Hofmannsthal on Thursday, April 29, at 6 pm, at the Writer's House.

With The Woman Without a Shadow (1919), the Austrian poet, playwright, and librettist HUGO VON HOFFMANSTAL (1874-1929) introduces us to a fairy-tale world of ghosts, fairies, magical animals, kings, and people, in which the colors of the Orient shine with verbal elegance of Viennese modernism.
The shadow of a woman is a symbol of unborn children. Questions about femininity and motherhood, about the rejected pregnancy and the desired abortion begin to arise through her image. It is the shadow that is the tense field in which the passions and longings of two married couples, faced with the trials of togetherness, collide, challenge, and transform.
"Finding your way alone, like a snake on the ground and a hawk in the sky, is bliss, but love is more than that," says Hoffmannsthal, and that can be a good summary of the book.