The battle for the volleyball title starts, we watch "Heber" - "Neftohimik" today and tomorrow on Diema Sport 2 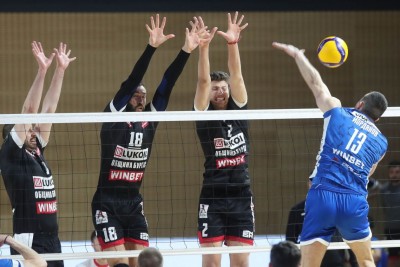 The teams of "Neftohimik 2010" and "Heber" have reached the final rights and will compete for the championship title in the 2020/2021 season in the national volleyball Super League. Plays up to 3 wins from 5 matches. All of them will be broadcast live on Diema Sport 2. The first two matches are in Pazardzhik. The start is today, April 11, Sunday from 17:00. The third match is on April 15 in Mladost Hall at 18:30. The possible fourth is on April 16, again in Burgas. If the fifth match is reached, he will be in Pazardzhik on April 18.