Trio "Ы" with a concert in Burgas tomorrow 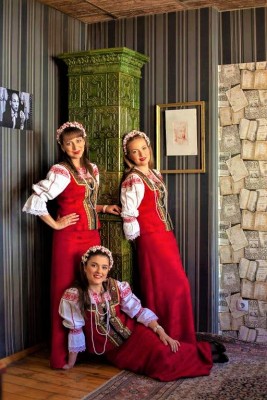 After their successful participation in the semifinals of the TV show "Bulgaria’s Got Talent", the trio " Ы " will delight fans of Russian music with a concert tour in June in three Bulgarian cities - Dobrich, Silistra and Burgas. Their performance in Burgas is tomorrow, June 11, Friday, at 8 pm, at the Flora Expo Center. Look for tickets at the Clock box office.

The three girls Eleonora Lontova, Zlatina Todorova and Marina Dragomiretskaya are trying to breathe life into beautiful but forgotten music - Russian. The idea for the trio was spontaneous, but it quickly amassed a growing repertoire of classical Russian pop, Russian gypsy romances, war songs, cabaret, film and children's music.

The vocal pedagogue and music producer of the trio is Daniela Stankova, and the design and production of the costumes are the work of Boyka Dragomiretskaya.