Font size: A A A back
Thursday, 15 April 2021
Posted by: Мариета Ханджиева 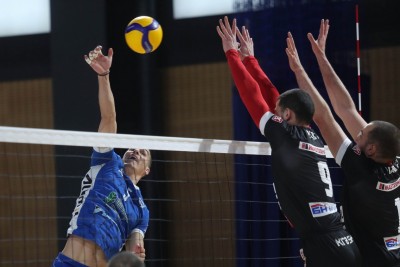 The 3rd match of the final of the national volleyball Super League will start at 18:30 in Mladost Hall. Rivals will be the teams of "Neftohimik 2010" and "Heber". Up to 3 wins from 5 matches are played. The guests won the first two as hosts. Today, the boys of coach Nikolay Zhelyazkov are obliged to take revenge. If successful, tomorrow, Friday also at 18:30 in the hall "Mladost" will be played the fourth match. A new victory for "Neftohimik 2010" will bring the title series to the fifth decisive match in Pazardzhik on Sunday.