Font size: A A A back
Wednesday, 3 February 2021
Posted by: Мариета Ханджиева 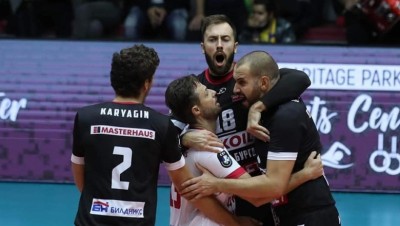 Although without a bunch of starters, "Neftohimik 2010" defeated CSKA with a 3-0 game / 25: 14, 25:19, 25: 18 / in a postponed match of the third round of the national volleyball Super League for men. Despite the personnel problems, the Burgas volleyball players left no doubt that they are the better team and naturally congratulated themselves with the fifth victory since the beginning of the season in the Super League.