Why emperors, sultans, and kings have drunk Burgas mineral water - find out this on Friday in the TK "Akve Khalide" 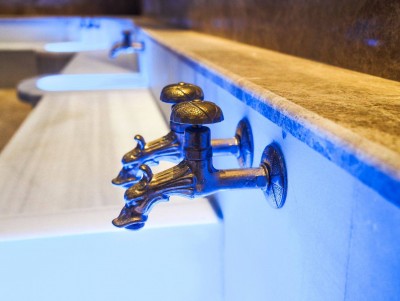 You can learn more about the properties of the healing waters from the mineral baths of Burgas on Friday, February 26, from 16:00, in the TK "Akve Khalide". The assembly point is in front of the public fountain. While drinking from the water, Vessela Hristova will tell you what are the important characteristics of the local spring - mineralization, elements, temperature. Although the mineral water from this place has been known since ancient times, during the years of operation there have been a number of cataclysms. Little is known about the fact that a century ago the city of Burgas was supplied with water from the mineral baths, and in the 90s of the twentieth century the spring dried up.

In the last days of February, the Burgas tourist complex "Akve Khalide" will offer an entrance for the museum exposition and a projection of 3D mapping for 2 leva for all visitors. This will be possible between the 10th and the 12th, on the 26th, and on the 27th and the 28th of February. Then Akve Khalide will host the Pro-Letti - Good Things Bazaar initiative.