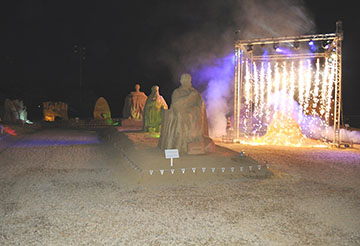 Over a thousand people from Burgas took the opportunity to look at it for free after the stylish concert of the band "Hot Sand" and lavish illuminations, which were part of the ceremony.

The event is in support of the candidacy of Burgas as European Capital of Culture 2019.