Artistic-literary magazine "Sea" was created in Burgas in 1979 to promote regional literature and culture. In 1980 released his first number. Magazine soon became a platform of national literature and out of the regional framework. In addition it Bourgas published authors as established English writers, and those that do not stand for his work in other publications and speaks with a value of their popularity over time. These include I. Petrov, Konstantin Pavlov, Nikolai Kanchev Binyo Ivanov, Petrov Joseph.

A successor of the almanac "More" is the National marinistichno magazine "Sea", which started out by 1993. It publishes articles on kraevedi, historians, translators, authors submit to Bourgas and artists. Unifying themes are related to the sea. Fiction included is relatively small, and almost no literary critic. It goes to 2007, during his entire 15-year period did not undergo development and change in the concept of magazines.

In May 2008 the concept of Vagabond Media wins the competition for a new magazine "Sea." The new vision of the magazine is based on the vision to be the magazine printed "face" of Bourgas culture, tradition, business and community. "More" illustrated edition, with texts in English and Bulgarian and rich photos. It is interesting and useful source of information for Bourgas, its past, present and future, for interesting and important personalities in the city.

At the request of the writing community in Burgas by 2009 "Sea" is a magazine for literature, art and culture. Bourgas cultural expression of public opinion that the magazine should be made in the editorial team of Burgas permanently residing in the city and informed as the local cultural specificity, and tracking processes in our literature and the world. To meet the expectations of most writing community Burgas municipality announced the competition for conceptual design of a magazine for literature, art and culture "Sea."

By decision of the jury's chosen by the writing community of ideas presented five concepts were approved tematichnite-ideological concepts of team Ingilizov George, and Ivan Rosen Drumev Suhivanov and Thomas Binchev, the two concepts were merged. 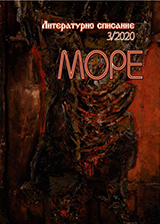 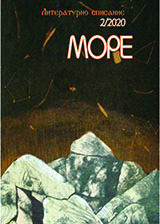 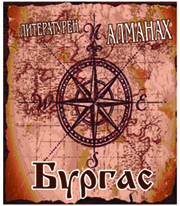 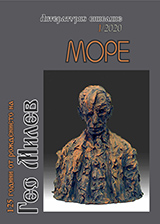 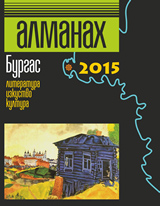 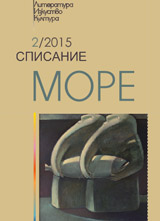 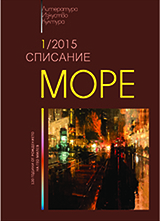 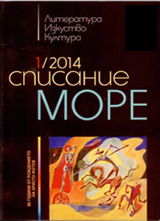