Rotterdam is the 2nd-largest city by population in the Netherlands, located in the province of South Holland in the west of the country. The city, which had a population of 584,046 on 1 January 2007, comprises the southern part of the Randstad, the 6th-largest metropolitan area in Europe, with a population of 6.7 million inhabitants.
The port of Rotterdam is the largest in Europe and was the world's busiest port from 1962 to 2004, until it was overtaken by Shanghai. Rotterdam is situated on the banks of the river Nieuwe Maas ('New Meuse'), one of the channels in the delta formed by the Rhine and Meuse rivers. The name Rotterdam derives from a dam in the Rotte river.

Yalova Province is a province in northwestern Turkey, on the eastern coast of the Sea of Marmara. Its adjacent provinces are Bursa to the south and Kocaeli to the west. The provincial capital is the city of Yalova. The population of the Yalova Province is 188,440. Prior to 1995, Yalova constituted a district of the Istanbul Province.

Miskolc is a city in North-East Hungary, mainly with heavy industrial background. With a population close to 180,000 (2001) Miskolc is the third-largest city of Hungary (behind Budapest and Debrecen; second-largest with agglomeration.) It is also the county capital of Borsod-Abaúj-Zemplén and the regional centre of Northern Hungary.

Krasnodar is a city in Southern Russia on the Kuban River. It is the administrative center of Krasnodar Krai (also known as Kuban).
It was founded on January 12, 1794 (Gregorian calendar) as Yekaterinodar (Екатеринода́р). The original name meant "Catherine's Gift" simultaneously in recognition of Catherine the Great's grant of land in the Kuban region to the Black Sea Cossacks (later the Kuban Cossacks) and in recognition of Saint Catherine, the Martyr, who is considered to be the patron of the city. After the October Revolution, Yekaterinodar was renamed Krasnodar (December, 1920). There are two potential meanings for the new name of the city: Krasno- (Красно-), meaning either 'beautiful' (an older root) or 'red' (especially relevant considering the political atmosphere of the time); and -dar (-дар), meaning 'gift'. Thus, the city's name means either beautiful gift or red gift (i.e. 'gift of the reds').

Alexandroupoli is a city of Greece and the capital of the Evros Prefecture in Thrace.Alexandroupoli is about 14.5 km west of the delta of the river Evros, 40km from the border with Turkey, 300 km from Thessaloniki on the newly constructed Egnatia highway, and 750 km from Athens. Around the city one finds small fishing villages like Makri and Dikela to the west, and suburban Antheia, Aristino, Nipsa, Loutra to the east, while north of the city are the ever closing Palagia, Abantas, Aissymi and Kirkas. At the 2001 census, the main city had a population of 48,885 and the municipality had a population of 52,720. The current metropolitan population is estimated at around 70,000 inhabitants, and its area covers the southwestern portion of the prefecture, and it runs approximately 40 km long and wide, its length shorter northward. Its boundary goes 70% of the way from the Rhodope Prefecture to the Evros Delta. The municipality has a land area of 642.245 km² (247.972 sq mi) and is the fourth largest in all of Greece. Besides Alexandroúpoli, its other largest settlements are the villages of Mákri (pop. 820), Ávas (497), Sykorráchi (309), Aisými (289), and Díkella (288). 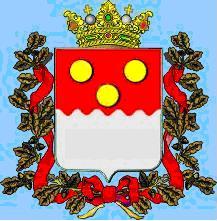 Batumi is a city in southwestern Georgia and is a capital of the Autonomous Republic of Adjara. It is situated on the coast of Black Sea and it is a sea port city. Its population is about 137 000 people.
On the territory of Batumi, there are high education institutions, university, Marine Faculty and Agricultural Institute.
The economic development of the city is intense. On the territory of Batumi, there is a petroleum refinery, shipbuilding plant, tea and tobacco factories, coffee processing factory, and the main Georgian port.
In 2004Mikhail Saakashvili become a President. He began radical reforms of the poor country at the time. In 2007 Georgia has climbed up to 18 th place in the ranking of World Bank for doing business and it is announced as a country top reformer.
The change of power has become a reason many foreign investors to be interested in Batumi as a tourist destination. Companies from Kazakhstan, Azeybardzhan and Turkey invest in luxury hotel complexes and have changed entirely the seashore facade of the city, as result of witch the prices of real estates in the region have increased significantly in recent years. In this aspect, the tourism is one of the most important economic sectors for the city.